I attended GopherCon India, held at Hyatt Regency in Pune, on a student scholarship this year. It was my first conference and this is my personal account of attending it.

TLDR: IT WAS AWESOME.

I had enrolled for Francesc’s workshop on building highly scalable web applications in Go which was conducted a day prior to the conference. And I had a blast at the workshop! I learnt a lot about google cloud, app engine and also got 100$ worth of free google cloud credits! We encountered a bug while using app engine in the workshop so I even opened an issue on Github for this. After coming back, I went on to deploy some web apps on app engine. It was an amazing learning experience!

We had some funny moments with the Wifi (or lack thereof) and the external APIs which seemed to give some hilariously bizarre results. AND I also met the developer of the IRC client that I use! How cool is that? :D 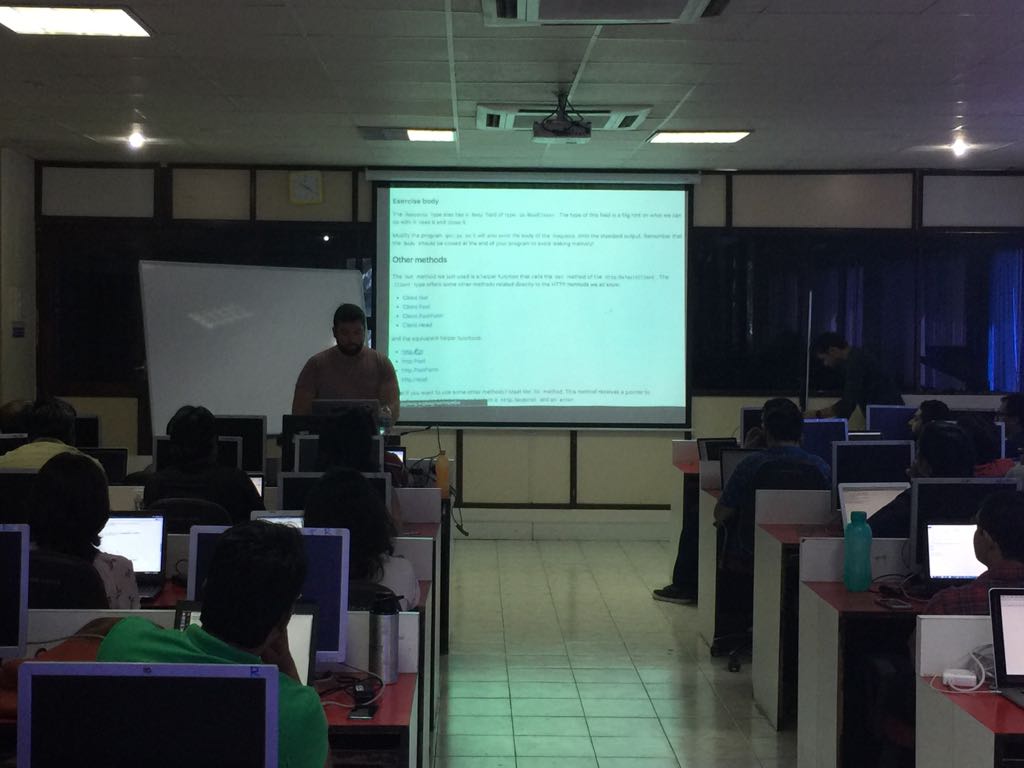 At the conference, I was practically bursting with awe at everything. The conference hall looked beautiful, the speakers were sooooo cool, the people were incredibly sweet and smart and there was lots of swag! But the people, oh my, the people were the heart of the conference. I talked to lots of people and all of them gave me useful advice on what I should be doing as a student and many were happy to see students coming out and networking at conferences. 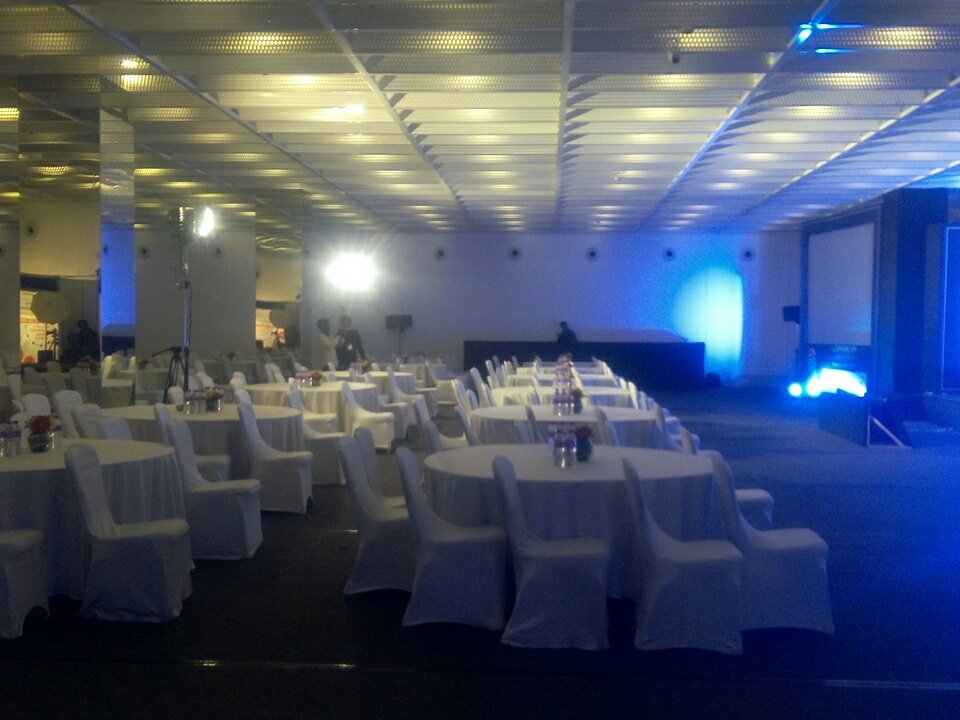 I was overflowing with so much enthusiasm that I kept on tweeting about how awesome GopherCon India is. :D The talks were so good - the little book I brought with me is full of my scribbles (aka notes) now. I particularly liked Bill Kennedy’s (just a secret between us, he probably has endless energy) talk where he was jumping and moving from one end of the hall to the other end! You should also go and checkout his blogpost on the talk - the design principles are mind blowingly good. I even got a free autographed copy of Go in Action (great book) and a cute pink Gopher sticker from him! 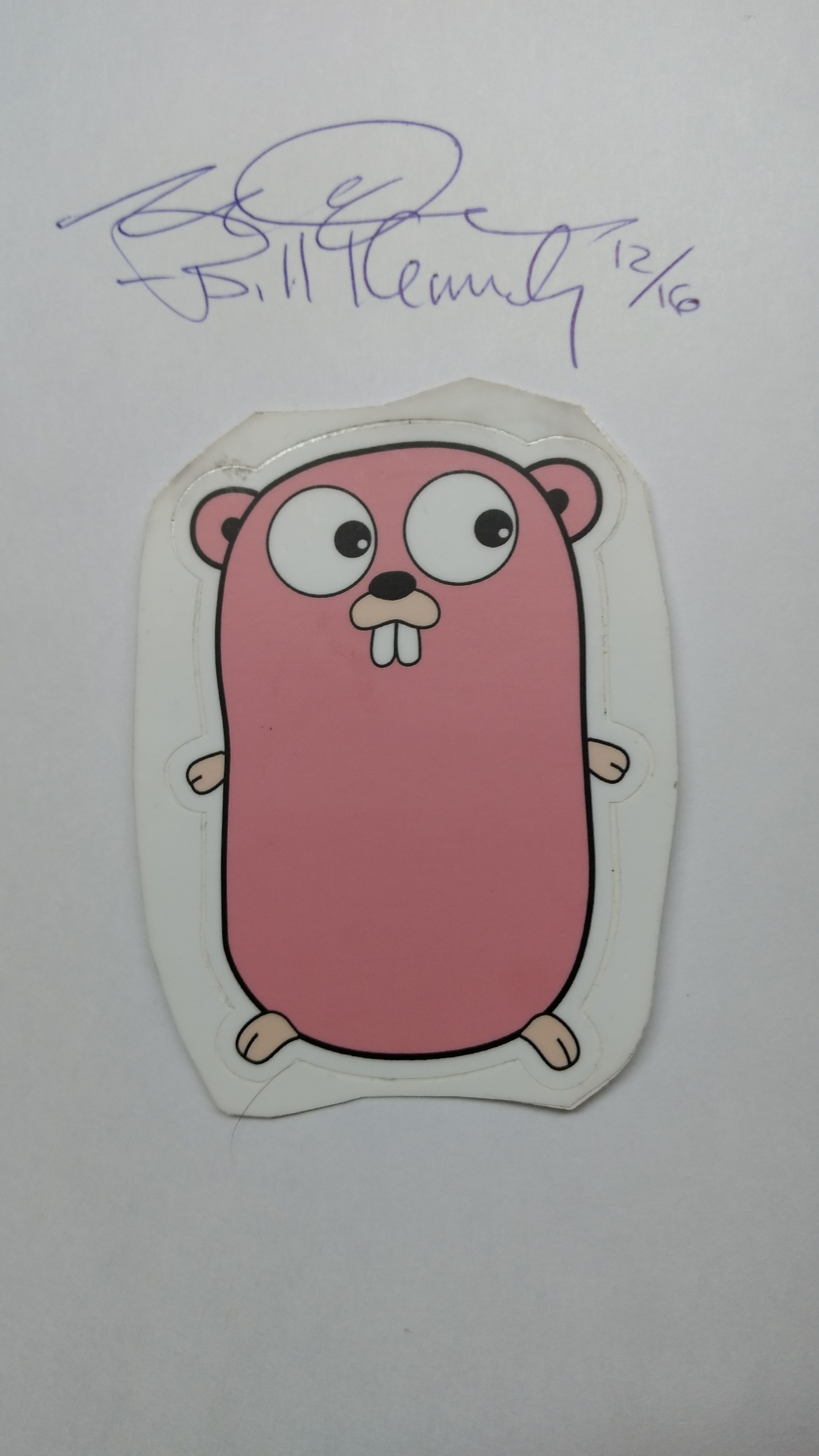 The organizers later announced that anyone who was interested in giving a lightning talk could write their name and topic on the whiteboard. I wanted to give one but I was nervous. Real nervous. I was battling in my mind whether I should give the talk or not. In the end, I thought “never gonna get a stage this big again”, so I picked the marker and wrote my name on the whiteboard. It sounds silly but voluntarily deciding to give a talk in front of so many people is super scary.

A couple of hours before my talk, I was sitting in the front row, listening to the speakers when it suddenly hit me: I had decided to give a talk in front of hundreds of people. What had I done? My heart rate was maddening and I was panicking. Thankfully, I met Kamesh Balakrishnan, who told me, “you might feel a little nervous during the first 5 seconds but you’ll be fine later”. And boy, was he right! I had a fabulous time giving the lightning talk and I ended at perfectly 5 minutes. YAY!! My talk got featured on golang news too!

I ended up meeting other students - Shubheksha, Aman and Goutham - with whom I am still in touch. After the conference, Aman and I talked with Kamesh for over an hour discussing everything from the tech industry to the education system in India. He shared a lot of insights and experiences and it was fun learning all of that. We were also joined by Bill Kennedy at dinner and that led to many interesting discussions about design principles.

Finally, we called it a day and I reached my hotel around 10 pm.

Day 2 kicked off with Aditya Mukherjee’s talk on building Git-Go. I learnt a lot about git internals and went on to read more about that. Daniel’s talk on data science in Go was also particularly interesting, especially after I spent the previous week working on a simple neural network in Go. There were so many other great talks that I think I’ll mention it with my notes some other day. But I urge you to watch this video of Filipo talking about fighting latency. Seriously, go watch it. Now.

I also met more people, discussed ideas over coffee with a few and even met last year’s scholarship winner. It was really inspirational to see how far he had come in life. I met folks with whom I had interacted only on Twitter previously - they were cool IRL too! :)

Day 2 ended pretty fast (maybe because I was enjoying so much!). It was also nice to meet Satish Talim in person finally. By the way, he is a mega fabulous organizer. I mean it.

I didn’t want the conference to end at all. But of course, it ended.

The conference ended on Saturday and I got back to Mumbai the same night. On Sunday, I attended a workshop by Francesc at GDG Mumbai. We did lots of network programming in Go and built Whispering Gophers. I talked to Francesc after the meetup and we spoke about how it feels being on stage and giving a talk. TLDR, it feels awesome. :D

The only one thing that made me feel sad was the less number of women speakers. I hope that for next year we have many women/non-binary speakers, making it an even more diverse conference.

This was my first conference and it was the first time I was amidst such cool developers. It might seem like an exagerration but for someone who has not had such an experience before, this can be overwhelmingly fun.

I had a great time, I made new friends I am still in touch with and most importantly, I learnt a lot.

The conference may have ended but the enthusiasm, the energy and the sparkle in my eyes when I was there still continues to live on.